Surabaya, Suarajatim.com - Thousands of online drivers who are members of the East Java Online Driver Front Rejecting Naughty Applicators (Frontal) will again take to the streets on Wednesday (24 August 2022).

Entitled the "Frontal Level 5" Online Driver Peaceful Demo Action, thousands of participants in the action will visit several locations by means of convoys through several routes.

Daniel Lukas Rorong, East Java Frontal Public Relations Officer, explained that the rallying point for participants will be located in the frontage of the East Java Transportation Service Office (Dishub) on Jalan Ahmad Yani Surabaya at 08.00, and shift to the East Java Office of Communication and Information Technology.

Then the action participants will continue the convoy to the East Java Regional Police in the same area, namely Jalan Ahmad Yani Surabaya.

After that, the action will continue to the representative offices of 4 applicators, namely Shoppee on Jalan Ronggolawe, Gojek at Raya Ngagel, Grab at Plaza Boulevard Pemuda in front of WTC, and In Driver at MNC Tower at TAIS Nasution.

Daniel also apologized, if later the action would cause traffic jams on the routes to be passed.

In addition, action participants from various regions were also advised not to take anarchic actions during peaceful demonstrations, and to always apply health protocols.

Meanwhile, Tito Achmad, one of the people in charge of the East Java Frontal Level 5 action, revealed that this action was based on a tariff policy that was deemed burdensome for partners.

"In fact, the net fare received by online motorcycle taxi (Ojol) partners is currently only IDR 6,400, there are even new applications that apply rates below that. Of course, this is not in accordance with the rules that have been set by the government through PM 12 and KP 564 which will be enforced as of 29 August. As for online taxis, we also want to have certainty about the lower limit rates that are applied and must be obeyed by the applicator according to the regulations that govern it," he said.

In addition, Tito continued, his party hopes that there will be an elimination of the additional ordering service fees imposed by the current application which are considered burdensome for customers and partners.

"We (Frontal) also want to be involved with the Government to formulate tariffs and regulations for partnership agreements (all driver applications) throughout the East Java region. in East Java from the naughty game of applicators who do not comply with the current regulations," said Tito.

Another person in charge of the Frontal Level 5 action, Herry Bimantara, said the same thing.

"We demand a decrease in application discounts to a maximum of 10 percent for all applicators, considering the current conditions that are considered difficult by fellow online drivers. Moreover, the price of basic necessities has now started to creep. Plus the plan to increase Pertalite fuel prices in the near future, " he said.

Herry hopes that later during the mediation, there will be a meeting point and the demands can be met by the stakeholders as well as the applicators currently operating.

The details of the demands for the peaceful demonstration entitled "Frontal Level 5" this time will carry several demands, namely: 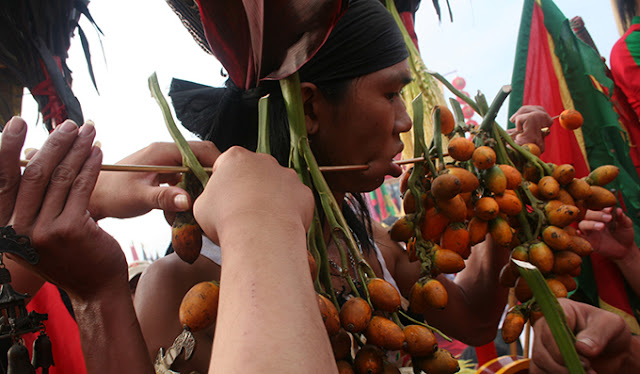