The Tengger Shaman and The Ancient Beliefs of the Bromo Villagers 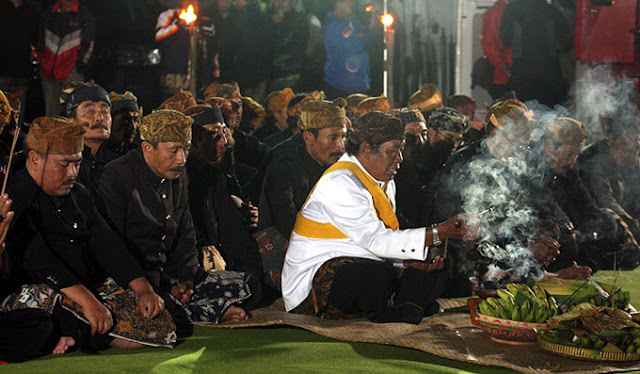 Bromo, Suarajatim.com - Not only presenting stunning natural landscapes, Bromo also has a story of local wisdom that is worth listening to. One of them is the existence of a shaman who holds the highest position in the Tengger community. On their shoulders, all the requests of the Tengger people are usually entrusted.

The Tengger people adhere to a belief that has been held since the 10th century ago. It is this belief that underlies the Tenggerese people to carry out various rituals in their lives.

The ritual leaders cannot be held by everyone. There are so many requirements that must be met to become an intermediary for the Tengger people with Hyang Widhi Wasa, the Lord of the Universe. Also to Sang Hyang Brahma who resides on Mount Bromo, to the ancestral spirits, and Buta Kala.

The leader of the ritual by the Tenggerese people usually called Pak Dukun, is tasked with being the conductor (intermediary) of the people's prayers to the Creator.

The Tenggerese people are still identical with Hinduism, although the procedures are different from the Hindu religion in Bali. "As an initiator, we are trusted to make the request granted," said Sutomo, a traditional healer in Ngadisari Village.

And herein lies the heavy duty of the shaman. There were countless requests from its citizens, although there were never any outlandish ones, waiting to be granted. Often these shamans have to go to each house for the purpose of delivering the prayer.

"Especially in the month of Karo (the biggest holiday of the Tenggerese people), I have to serve prayers in every house, which amounts to 500 families," said Sutomo.

He used to start the ritual at 02.00 in the morning, and only came home at 15.00. So, a shaman must be physically and mentally healthy to carry out this fairly heavy task, which must be carried out for the rest of his life.

Before carrying out their duties, the Tengger shaman must go through a series of tests. Usually done in conjunction with the peak of the Kasada celebration.

The ceremony called Melumen was the time when new shamans chanted a long, uninterrupted spell as a condition for their test. After the spell was recited correctly, the chief shaman immediately asked the other shamans, “Is that right? Legitimate? And soon there was a long answer, “Saaahhhhh…..” and the new shaman passed.

Even though it has been ratified, it doesn't mean they can immediately carry out their duties. They have to go through a dress ceremony or get acquainted with the village mbaurekso (guardians), as well as formal and informal officials. “Resik here means cleansing the body and soul. If they are clean, then the shaman can carry out their duties," said Sutomo.

There is still another tough task that must be borne by the shaman, namely memorizing dozens of spells. Tengger shamans and spells cannot be separated. His life is to cast spells in various pujans. They are always asked for a spell by the residents who have a certain desire.

The number of spells that must be memorized by a shaman reaches 90 chapters, most of which are very long and in the Kawi (Old Javanese) language.

“All the spells are good, there is not a single word in the spell that is bad like for fortune telling, sorcery, or disturbing others. All mantras are prayers of salvation for all mankind and the universe," said Sutomo.

Accompanied by the scent of incense from prapen (where incense is burned), splashes of water from prasen (where holy water is placed) prayers and mantras soar into the universe.

During the entas-entasan or pengruwatan ceremony, a shaman must recite a mantra for an hour without a break. The long spell must be memorized by heart, it is not allowed to read the notes. Sutomo wakes up every 3:00 am, when his mind is still fresh to memorize the mantras.

The religion prevailing in Tengger is termed by some researchers as traditional religion, which is conceptually somewhat vague. So when it comes to choosing, the tendency among the five religions that apply in this country, they are closer to Hinduism. So they call the shaman a shaman pandita.(CT)
Facebook Twitter 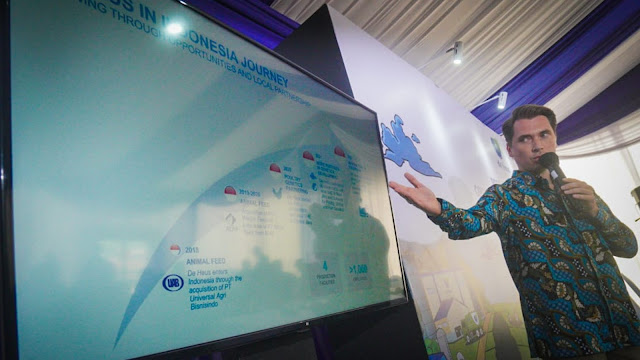